Do you let others define your goals? 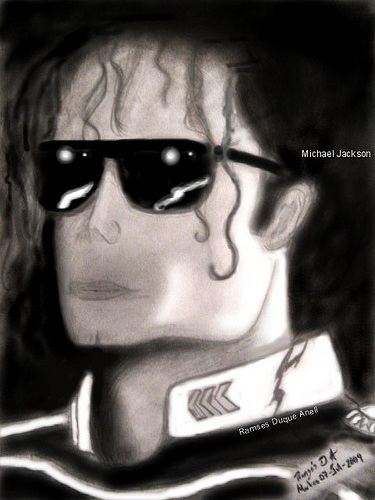 The other day I was having a conversation with someone I know and she shared that a guy she was interested in dating was a Michael Jackson impersonator.

She asked, “Why would he want to impersonate Michael Jackson?”

“Who better to impersonate than Michael Jackson?” I asked.

She replied adamantly, “He’s not going to become famous from it!”

Her reply confused me and at first I was going to let the comment go, but then I decided what the hell? LOL.

This conversation went back and forth for a while with me questioning her thought process because I truly wanted to understand her mindset.

What I got from our brief conversation was she felt because he was in his 40’s (though she’d never seen him actually perform) he should hang up his dreams of being an impersonator because ultimately in her mind he wasn’t going to be successful at it. Never mind that he was impersonating Michael Jackson because HE enjoyed it and it offered him some kind of joy, but because SHE thought he wasn’t going to be successful, he should give it up. Let me just add that she was piping mad AND she’d NEVER seen him perform.

Likewise I say to writers. Everyone is not meant to be Stephen King, Dean Koontz or Terry McMillan. Some writers are content writing on their blog, others are fine journaling at home in their journals, and others want to be successful but to be known on a smaller scale.

All of us have different goals and nobody’s goals are right or wrong. It’s a personal decision that we make for ourselves and nobody on the outside has a right to define your goals for you.

I personally know someone who was told as a little girl (by a teacher nonetheless) she’d NEVER be a writer. Because of that statement she never wrote again – well until she was much older, in her 60’s. But initially, she allowed someone else to define what her life could or could not be. Later, she went on to write for a national magazine and recently released her first book. Can you imagine what she could have accomplished if she’d not listened to this teacher?

As writers you should decide early on, what it is you want from your writing career. Every one is not looking for fame and notoriety from their writing and success is not defined by how many people knows you wrote a book. Success is defined by the goal YOU made for yourself and whether or not you achieved it.

So what are your goals as a writer? Do you let other people define your goals?  Please share in the comment section below.

Go From Blank Page To Book!