Losing momentum with your target audience 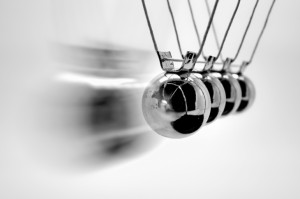 Yesterday, we had a really good discussion about Twitter and engaging your target audience. If you haven’t read that post or the comments, you can check it out here.

Today I want to discuss what sometimes happens while building your target audience.

Losing momentum basically means going an extended period of time and not interacting on your social media accounts.

I’m not sure how authors or brands went about engaging their audience prior to the Internet. However, in this technology-driven era an active web presence is almost a necessity in order to promote a brand, product, or service.

I’ve experienced both since launching my business in 2008. Sometimes, I’ve had so many things going on in my personal and business life, that I just can’t find the time to jump on Twitter or Facebook. I’ve also experienced a creative block when it came to content for my blog. I spoke about this in a previous post called When Your Blog Goes Silent and some of you guys chimed in that you’d experienced something similar.

While, I’d much rather have a consistent daily presence on social media, I know that its inevitable that I won’t always have the time. And to be quite honest, this really bothered me when I first discovered that I couldn’t keep up such a rigorous schedule.

Recently, I read a blog post by a very successful blogger who wanted to take some time off from blogging so that he could go on a two week vacation. He expressed that he felt so guilty stepping away from his blog, until he realized that it wasn’t as serious as he was making it out to be. Now granted, he has a HUGE following but for those of us with a generous amount of readers, losing momentum can feel like starting over from scratch.  So while for him, his readers will likely remain loyal, I had to think of the best way to counteract losing momentum for my brand.

So I made the decision to relieve myself of the pressure of using social media every single day.

Instead, I have decided to divvy my time up amongst all of the social media during the week. I can’t tell you how much weight this has lifted off my shoulders. If you notice, I am now blogging a few times a week as opposed to everyday, which frees me up to to work on my newly created YouTube channel, as well as Twitter and Facebook.

So far, this seems to be working so much better and creatively I have several outlets to utilize instead of one medium every single day which would send me spiraling into a creative block.

Have you ever lost momentum while trying to engage your target audience? How did you feel about it? And what steps did you take? Please share in the comment section below.