The Life Of A Writer – When do you give up on a goal? 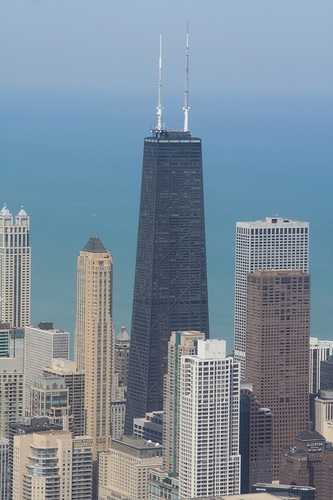 I was on Facebook yesterday and one of my Facebook friends asked whether she should continue to go to school (incurring debt) and pursue her goals or continue to work at an unfulfilling job.

Boy could I relate…

A few years ago, I was sitting behind a desk that provided me with a great income. I was working for a respected company, had great colleagues, managers I respected, but despite that there was still something missing.

I remember telling my family that I wanted MORE.

Now don’t get me wrong…I was proud that I’d made it to that point. Because there was a time when I was fresh out of high school working as a receptionist wishing I could be in that position. I wanted to work downtown among the middle and upper class. I wanted to work in one of the tall buildings in downtown Chicago. I wanted to walk fast in the morning among the working class who were shuffling through downtown carrying Starbucks, holding briefcases and talking on cellphones.

Now here I was some years later…in the building I’d always dreamed of, amongst the people I wanted to work with, sitting in a role doing MORE and I was wanting MORE again.

LIFE is about progression.

And what fulfills you in one moment may not fulfill you in the next. So while I’d accomplished the goals I’d set out to accomplish (finishing school and climbing the corporate ladder) it was time for me to strive for that MORE again.

I’d always wanted to own my own business and I’d made a goal for myself to write a book. And while some may have thought, “But you have a good career! You work for a great company! You’ve got great benefits! A stable income!” I knew at the end of the day, that wasn’t all I wanted for myself. I knew that if I didn’t pursue my ULTIMATE dream of being a business owner and an author, that it would gnaw at me and that I would never be completely fulfilled.

Even while I was in college, incurring student loan debt, I was already sitting at a desk handling a workload that I was told could only be handled by a college graduate. I didn’t give up on my goal of being a college graduate because I wasn’t doing it for that corporate job, I was doing it for me. I never wanted to look back and say, I could of or should of…

Now here I am some years later…

So when do you give up on a goal?

I’d say follow your gut, your intuition…it will NEVER steer you wrong. You may have to realign or reassess your goals, but if you have a dream, keep it in your sights. Work toward it, no matter how long it takes you because for me it was all worth it in the end.

Are you in the process of working toward a goal? Have you thought about giving up? Please share in the comment section below.

Go From Blank Page To Book!