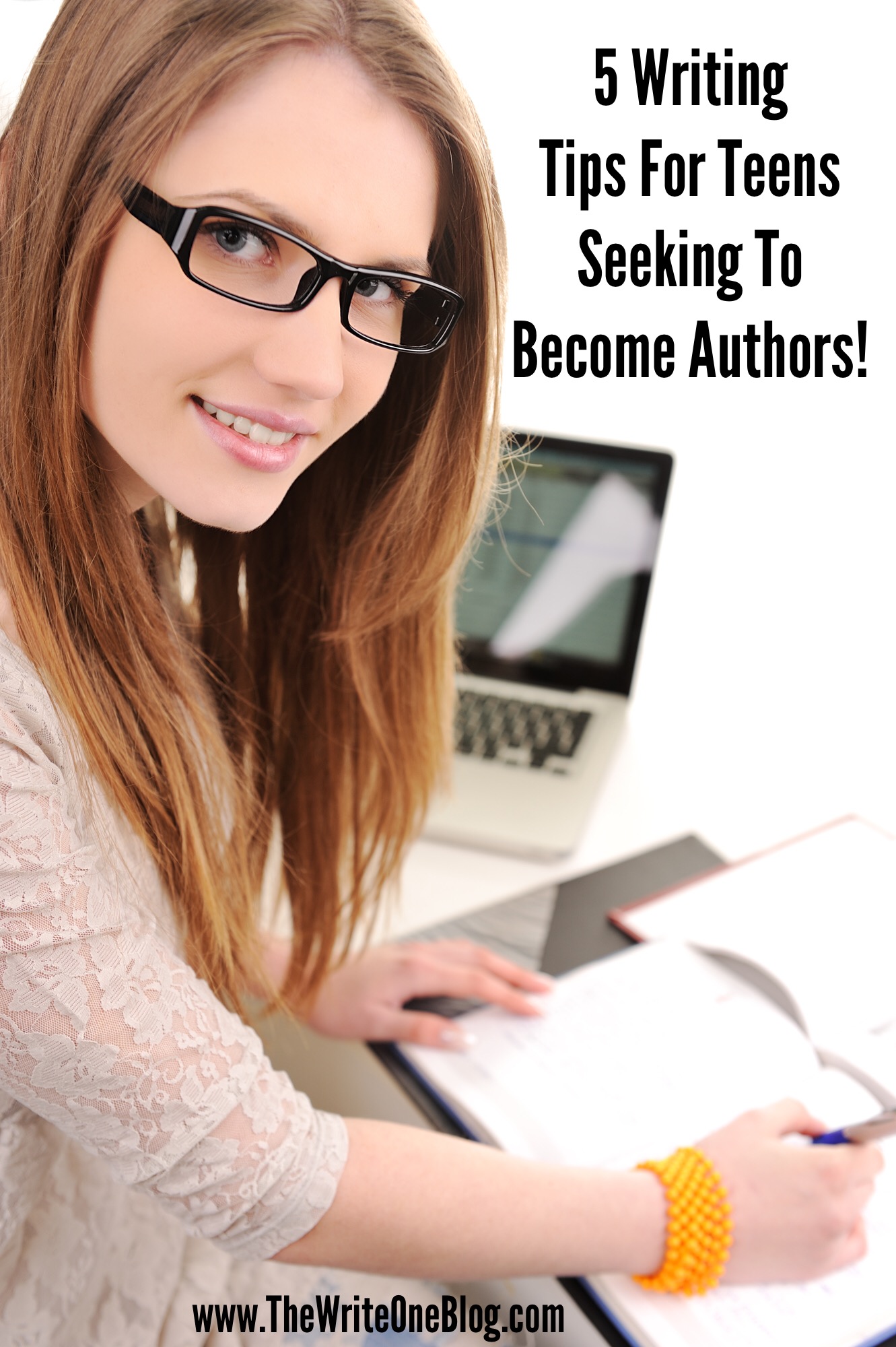 Good writing is not something that is developed over night. I learned this fact the hard way when I began writing in high school. I remember countless nights spent fretting over my stories wondering why they didn’t seem as good on paper as they did in my head. While I’d like to pretend that I have mastered the art of wordcraft, in reality I still go through the pains associated with improving writing even to this day. So, the first and best tip I can give you is to pay attention to those who have already been through the pains of the writing process before. With that, I thought I’d share with you the top five writing tips for teens that I’ve utilized.

1.) Draw on all your sources of media for improving your writing

I have heard it said more than a few times that teens should ‘throw out their televisions’ if they want to become a good writer. There is some truth to this. Becoming a writer means immersing yourself in the world of literature; however, that doesn’t mean that teen writers should shun the television for the novel every hour of the day. Rather, when watching T.V. or movies pay attention to the way that dialogue is being presented between characters. Not only will this help build the essential skill of creating dialogue, it will sharpen your focus on how modern forms of media are developing story arcs. In short, if you must watch T.V., do so with a critical eye. Writers who write for hit t.v. shows or multi-million dollar films can be a glimpse at how to write successful and engaging stories. Don’t let stuffy old purist tell you what good writing is and isn’t.

Still, if you are looking to become a successful novelist the importance of engaging with your form of art is essential to building good storytelling abilities. This doesn’t just mean reading for pleasure, though. If you are serious about writing well (and this happens to be one of my most treasured writing tips for teens), read your favorite authors but also read books that are boring to you as well. Pay attention to how sentences are structured and how exactly the story is being described. If you feel particularly passionate about a certain book or writer, examine why that style appeals to you. It goes without saying that this will influence your writing and make you become more like the writers you admire.

3.) Learn the rules of grammar and then learn to break them

It is very important for young writers to learn how to structure sentences in ways that are easily understood by readers. For many early writers, this starts with learning simple rules surrounding commas and other punctuation marks. A writer can move on to more complex style-based issues once these very basic rules are mastered. I have found by far that teen writers typically face issues when unknowingly using passive-voice in their writing. If you’re not sure what passive voice is, it occurs when the subject of a sentence is acted upon rather than taking action itself. If that sounds like jargon here is an easy example of passive voice followed by the better construction in the active voice:

Voldemort was defeated by Harry Potter

The first sentence construction seems vague because the sentence begins by talking about Voldemort but is actually about the actions of Harry Potter. The second type, or the active voice, places the subject at the front and thus the meaning of the sentence is clear from the outset. However, the rules of grammar are not unbreakable but rather simple suggestions for most situations. A good writer will learn to break rules like not using passive voice in order to create an engaging story. A great example is how George Lucas utilized passive voice when creating the character Yoda. The quote ‘powerful you have become; the dark side I sense in you’ would lose much of its stylistic impact had it simply been ‘You have become powerful; I sense the dark side in you.’ This is all to say, learn the rules for grammar but more importantly learn them so well you can break them at the right moments to build a style that is undeniably your own.

4.) Start writing every day! Don’t be afraid to write completely different from day to day as well!

The most important step towards writing well is to write a lot and in several different styles. If you are serious about learning to write for a living, you’ll need to have a writing style that can adapt to the different challenges present during the writing process of a novel. This could mean writing a short story on Monday and updating an informative blog post on Tuesday. Wednesday could be a poetry day. The point is writing well involves learning to use words in a variety of manners. Allow yourself to combine the informative style of blog writing with the often elusively themed writing styles of poetry. By doing this, you’ll firstly learn what kind of writing you are best at as well as allowing yourself to build a portfolio of different styles of writing. Having proof that you can write as a journalist and novelist can be invaluable to landing writing gigs in the future. These writing opportunities can allow you to focus on your craft without the need to spend time working at a second non-writing job when you are older. 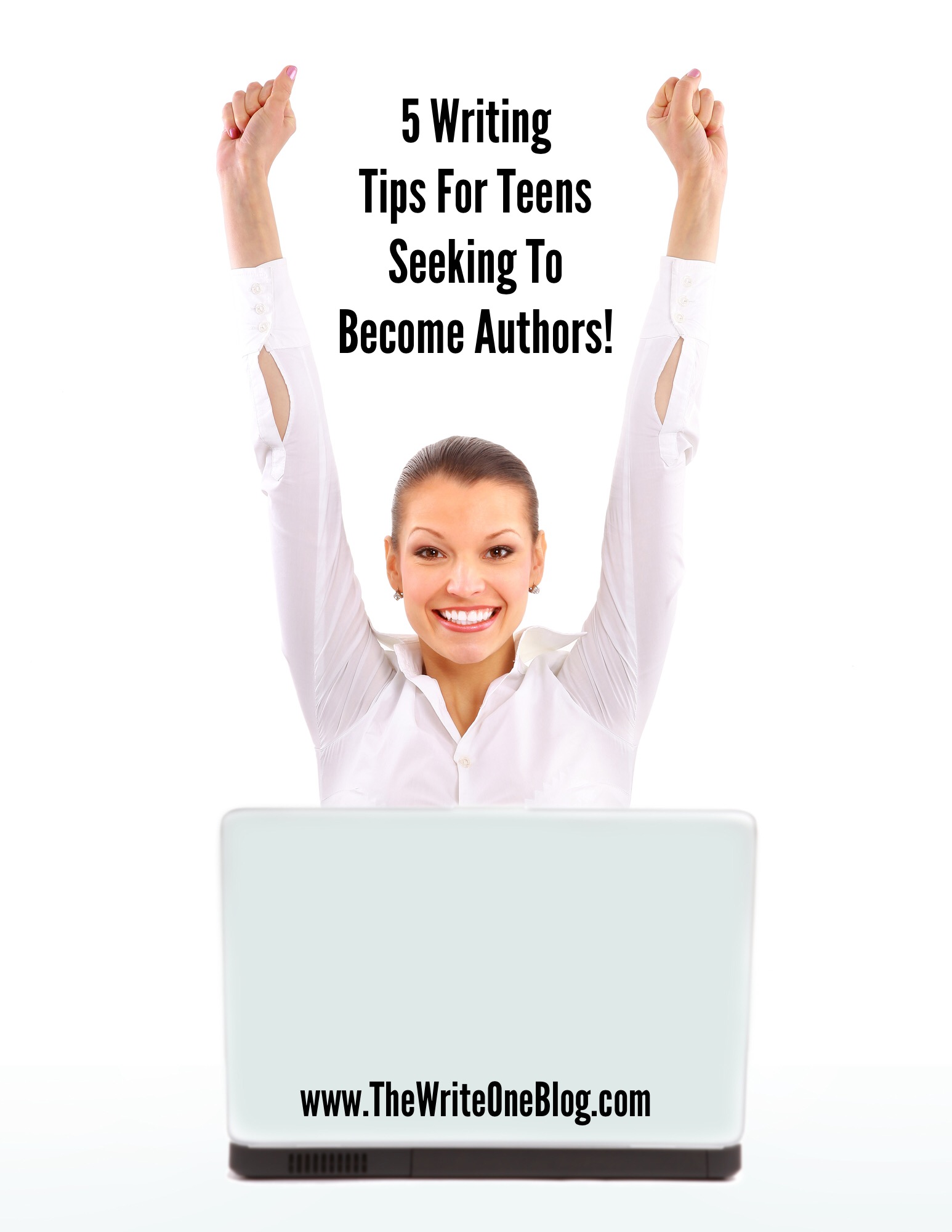 This last step is by far one of the most important writing tips for teens! Building a portfolio of published writing is the only real way to build yourself as legitimate writer. This doesn’t necessarily mean landing a four book deal with a New York publishing house. Simply creating and maintaining your own blog or publishing in a school newspaper can be an important early endeavor in taking your craft public. I know this seems scary. No one likes the process of publishing because no one enjoys the possibility of receiving public ridicule. However, The first step towards becoming a real writer is getting over this fear. Have courage and have faith that your writing deserves to be read! A great pre-cursor towards publishing your writing is to have another person look at it before taking it public. While your friends and family and are good avenue for this initially, you’ll eventually want an unbiased source that will comment on your writing and only your writing. This process is painful but it’s necessary.

NEXT: 5 Tips For Writing A Novel When You’re A Beginner!