Are you scared to call yourself a writer? 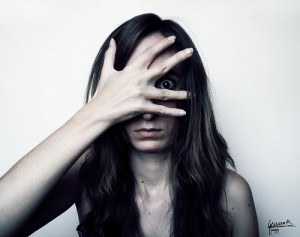 Recently I had an interesting conversation with a writer. She told me she has anxiety whenever someone asks her profession. She hadn’t yet proclaimed herself as a writer, even though she’s published.

I had to give that some thought.

When I wrote my first book, I too was a little hesitant. But honestly, it wasn’t for the same reasons as the writer I was speaking to. My reasons were simple. Since becoming a writer I’d also become an entrepreneur, so I felt like the title “writer” didn’t fully encompass all that I’d become.

Writer seemed to clean it up so nice. When in reality I wore so many hats. So when someone asks me now, I just say, “I’m a writer and I also own a book consulting company.”

Her reasons were slightly different though. She felt anxious by proclaiming that she’d become a writer. It made her realize that she’d fulfilled her goal. She’d done it! All the hard work and sweat had paid off and now she was finally able to call herself a writer. It scared her. But why the fear?

She questioned whether she was good enough. And she admitted that she was a tad bit afraid of success. Proclaiming the title of writer made it all too real for her and she wasn’t yet ready to accept it.

She’s not the only one. I’ve noticed this with other writers as well. Many of my Twitter friends’ profile says aspiring writer, aspiring novelist, or something in between. I realize that many of these writers are writing in their spare time, while working a full time job that may be totally unrelated, just as I had. But I’ve considered myself a writer since I was a very little girl. Being published for the first time actually validated my writing experience.

So why aren’t you shouting from the roof top that you’re a writer?

I saw a blog post once that firmly declared, “Writing makes you a writer.”

So at what point do you call yourself a writer? Is it once you’re published? What about once you’ve written the first word? Does that qualify you as a writer? Have you had anxiety declaring yourself as a writer? Please share your opinion in the comment section below.