The Life Of A Writer – AUTHORS do you encourage other writers? 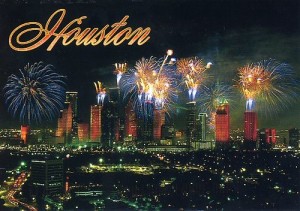 As many of you know I was in Houston this past weekend to participate in a panel discussion. It was a fun weekend with a great discussion, but the weekend flew by!

There were a lot of writers in town for a festival so I met a lot of passionate writers who were either embarking on their writing journey or who’d been writing for quite some time.

On Sunday, I was sitting in the hotel lobby and had a little time to kill before my flight. I grabbed a seat in a cove and began reading one of the books I received from an author when a man walked up to me.

As he was walking towards me, the expression on his face didn’t read happy, so I wondered why he was coming towards me. I kind of glanced back down at my book when he said, “Are you a writer?”

I flipped the book closed and gave him my full attention and replied, “Sure. I have a little time to kill before my flight.”

We began to talk and he expressed that he’d recently completed writing his first book. I congratulated him and asked what his book was about and he told me it was about his life. He pulled out a galley copy and handed it to me. The book peaked my interest and we began to have an in depth conversation. Actually such an in depth conversation that it surprised me, because it wasn’t a conversation that I usually have with strangers.

At times during the conversation he directed me to chapters in the book. I would read silently as he watched. I was impressed with his life, his journey, his writing. Before I knew it, we’d been sitting there talking for over an hour.

During the course of the conversation, I inquired about what was bothering him when he first walked up and he explained that he’d just met another author and when he told her that he was writing a book, she grabbed the book, looked at it disinterested and handed it back. Her aloof response was a buzz kill. So much so, that even though he’d just arrived to the book festival, he turned and left.

Whenever I do book signings or events, there is at least one person who comes up to me and tells me that they in fact are a writer too. And I always try to take a few minutes to hear what their book is about. Obviously I’m not personally able to help every person I encounter, but I try to answer questions. I realize they see in me what they want for themselves and that is to accomplish the goal of completing a novel. Anyone who’s ever attempted to write a book, knows its a lot of hard work and not an easy task. So to see someone else who’s done it, lets you know that you can do it too! That’s the human side of it. Without all the extras!