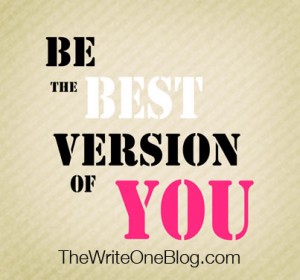 Writing has always been my passion. Yet even with knowing my passion I had no idea that my life would turn out as it has. In this post I will talk about finding your passion in life. I want to share my journey, because my path wasn’t what you would call traditional. It wasn’t until I looked back on my life that I realized wow; everything aligned perfectly, even when I didn’t know it would! Read how I went from dreaming of a writing career to manifesting it.

Finding Your Passion In Life – How I Went From A Starry Eyed Kid To A Writer?!?

As a young child I realized that I had a passion for writing, so I dibbled and dabbled with writing throughout my youth. I wrote short stories, lyrics, first chapters of books, love letters, “do you like me notes” and more. Lol.

As a child I was an avid reader and naturally drawn to the arts. When I’d run out of books to read, I’d just write something of my own.

When I think back now, I had a huge imagination and a voracious appetite for words. My imagination would ignite as soon as the characters were introduced on the page and it was through reading that I discovered my passion for writing.

Writing allowed me self-expression, creativity, and the ability to evoke emotions with my words. And when I discovered how to marry my words with music, I knew that in some way I would be involved with entertainment. As a teenager I thought I would be an artist but as my life progressed, my connection to music would be far different than I thought.

Finding Your Passion In Life – The Teen Years

In my junior year of high school, I was enrolled in work-study. Mornings were spent in school and afternoons I sat behind a desk doing clerical work and finance projects for the higher ups in the company. From the moment I was exposed to the office environment I loved it! It felt like where I belonged; at least for a short period of time.

Exposure to the business world at such an impressionable age influenced me to dream bigger and set my sights on bigger goals. When I went to junior college right after high school I decided to major in finance. But a few semesters in, I decided that pursuing a finance career instead of a degree would be a better decision for me. It wasn’t what everyone else seemed to be doing, but it felt right for me at that time.

Luckily things worked out perfectly. I went from participating in work-study in high school to working for some of the biggest banks and financial institutions in the U.S. I went from clerical positions to overseeing hundreds of millions of dollars as an analyst. My finance career provided me the stability I needed until I was able to make a career out of my passion.

It was many years into my career as an analyst that I decided to go to a four-year university and obtain my B.A. in Finance. It was during a class my freshman year, that I felt validated by my earlier choices. My classmates and I were asked to state our goals.

After hearing each of our goals the professor emphasized how differently life plays out for each of us. Some of us take more traditional routes: school, career and then family. While others of us have different life paths, less traditional, maybe even against the norm. “Whatever your path, it’s okay. You are each finding your passion in life.”

I was non-traditional and had pursued many passions along the way.

In addition to writing and music, I loooved doing hair as a teenager. I would set up shop right in my parent’s home. I never wanted to be a professional stylist, but I did want to own a salon and for many years I thought I would.

With writing it changed my life.

After making strides with music, I’d matured and had a clearer view of my goals. Hands down, I just wanted to write. One day I just had a passing thought that I wanted to be a freelance writer. A very short period of time later I was hired as a freelance entertainment writer for an established and respected online magazine. Years later, I was inspired to write my debut novel The Buzz. 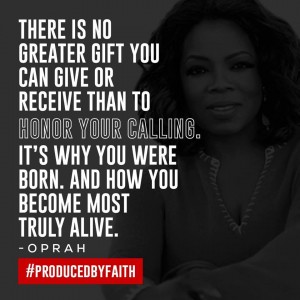 In pursuing my interest for hair, it allowed me to relate to my character Ebony’s experience as a salon owner. I was able to bring alive the passion she had for her career because I too had that passion.

My college degree was beneficial as well. It prepared me for the business side of dotting my i’s and crossing my t’s.  And all of what I learned while working with my unbelievably supportive mentors in Corporate America was exactly what I needed in order to be where I am now.

All of my earlier passions, which probably seemed fleeting to some, later helped with my ultimate passion.

I needed life experience, work experience, education, bumps and bruises, mistakes, and why did you do that moments to put me in a position to write. I am where I’m supposed to be. And it didn’t happen the way I planned it. But it happened.

Have you given up on finding your passion in life because you feel it’s too late?

I hear people say they’re too old or that too much time has passed for them to find their passion and achieve their goals. Who says? And why do you believe them? Why leave finding your passion in life to chance?

Finding your passion in life is simple if you pay attention. Passions will be disguised as things that make your heart flutter. Maybe it’s what you’re most gifted at, what people ask you about the most, or your calling in life. You’ll know it’s your passion by how it makes you feel. 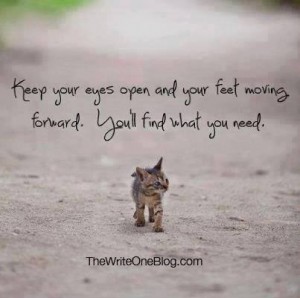 To those of you finding your passion in life… There is no perfect road. Choose your path and travel it on your own terms! If for any reason, it’s not happening the way that you think it should, keep moving forward. You won’t always understand why things aren’t working out in your favor. But you’ll later discover that things worked out exactly the way it should.

I would encourage you to pursue your passions no matter where they lead you, even if it doesn’t lead to a career. It doesn’t matter if it’s fleeting, the smaller passions are there to build up other qualities in you.

As you’re filling the pages of your life, you never know how things will play out.

I know I had no idea.

You’re now reading the words of a freelance entertainment writer for UnRated Magazine, a published author, the CEO of Write One Publications, and the mother of music producer J. Hill. (Yes, ironically enough my son is a professional music producer.) Everything manifested the way it was supposed to.

How are you going about finding your passion in life? Please share in the comment section below.

NEXT: The Magic Of Writing Goals & Why Vision Boards Kicks It Up A Notch