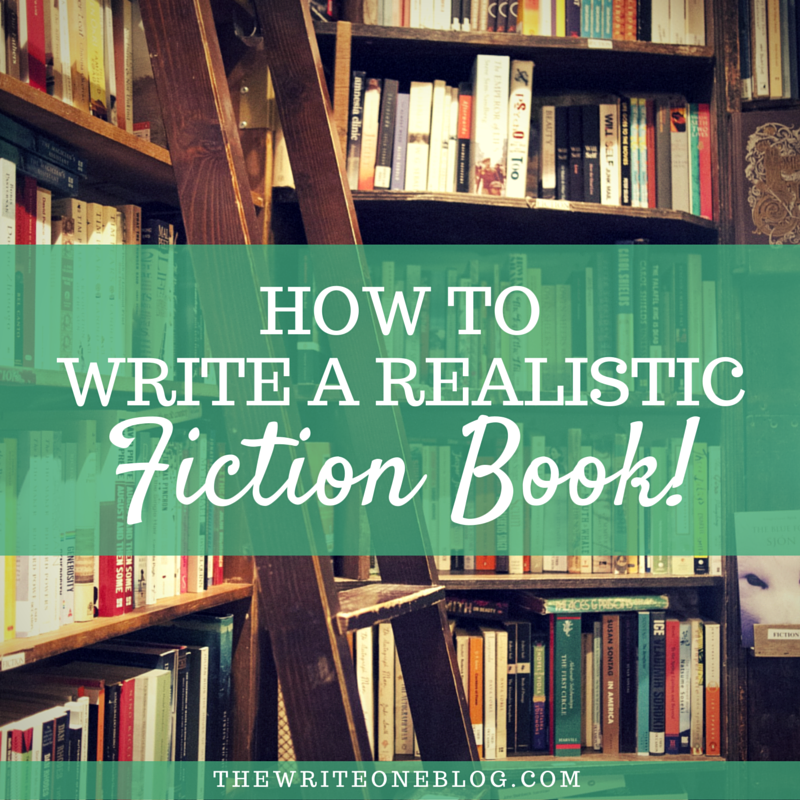 As fiction writers we want to do more than write a book. We want to write a realistic fiction book that has our readers declaring they’re only going to read one more page; only to still be reading thirty pages after that declaration. When you write a realistic fiction book, your reader isn’t left with the thought that a particular scenario couldn’t happen. Instead they’re upset with your characters, disappointed in their actions, and moved to share your character’s imperfections with anyone who’ll listen. This post will explore ways in which you can write a realistic fiction book that will have your readers engaged, on the edge of their seats, rooting for your protagonist and despising your antagonist. Learn how to use real life situations to inspire your writing.

Recently I was at an acquaintance’s house and the conversation turned to a movie that we’d both seen.

“But he was hurt by his friends actions,” I interjected. “I’m not condoning what he did, but he was hurt. That was his friend!” I said as I engaged him in conversation further about the character.

And as his voice grew louder and his temper flared I realized that this particular scene in the movie had struck a chord with him. He’d been bullied. For him, this wasn’t just a scene in a movie. It drew real emotions.

The conversation became so heated that he eventually professed that he wanted the character to fight him.

“You do realize it was just a movie?” I asked, snapping him back to reality.

And in that moment he confirmed what I thought. Though fiction, the realistic aspect of that scene drew parallels to his own life. It took him back to his childhood where he’d been bullied for being awkward and a band geek.

While the conversation was interesting, it made me think about my own writing. I’d had readers confront me about one of my characters. They despised her and I didn’t know whether to be proud that I’d written the character so well that it drew that type of emotion, or to be offended that they hated her.

For me, fiction has always been about seeing through others eyes. Releasing the judgment that we as humans sometimes have in everyday life and finding a way to look at things differently and hopefully solve real life issues.

In order to write a realistic fiction book, I’ve always been inspired by my life experiences and the experiences of others. I’ve had some really interesting things happen in my own life. The type of situations where when I share them with someone, I preface it with, “I couldn’t make this up if I tried.”

And you should do the same! After all, it’s these real life situations that make your book realistic to your audience.

So you’re asking, what’s off limits? And how realistic should it be?

What about those conversations where your girlfriend calls you up and your mouth is gaped open the whole time because what she’s saying is just so unbelievable it sounds like it’s made up? It’s those types of scenarios that make for realistic fiction.

I would never exploit a situation that a friend or family member is going though. I will however, use what is universal about that situation to develop a storyline. Isn’t that what writing is all about? Drawing from real life situations to engage your reader and write a realistic fiction book. Infidelity, abandonment, abuse, raising kids, and falling in love are just a few things that your readers can relate to.

Writing a realistic fiction book is simple. Draw from real life situations and if your reader evokes an emotion, then you know you’ve succeeded!

Do you want help learning how to write a realistic fiction book? Contact me for a FREE strategy session!